Bumps in the Night… 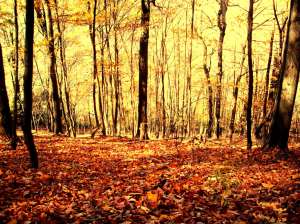 I’m not quite sure what it is- maybe it’s something about the nature of the season; things turning, withering, going to ground. The nights are longer, the darkness more prevalent. There is an undercurrent of mystery attached to those  evening strolls, a whiff of the supernatural in those paths through the woods…

We have not yet entered that frozen limbo of winter that keeps us inside, but the crisp chill allows us to be aware of its approach while still indulging in lingering verdant lushness of the occasional summer breeze.

When the nights lengthen and the leaves start to turn, the faint smell of wood smoke emanating from chimneys wafts through the crisp air, something primal lurks in the recesses of our mind. The closer we get to those end days of October and the one holiday dedicated to everything associated with death, mysticism and supernatural occurrences, the more fascinated we seem to become with all its facets.

When I was a child, the art of verbal storytelling- although quickly disappearing- was still somewhat alive. Tales spun in the dark with a few friends listening with rapt attention still had the element of believability attached  to them- even if for that short time. In the years since that art has greatly disappeared, I’m sad to say. I wish I had the talent for it, but I don’t. The closest I can come is sitting at the keyboard and trying my best to weave the occasional spooky tale. Alas, even there, I’m afraid my talents fall short when it comes to eliciting the true chill down the spine. My talents lie more in recognizing that gift in others.

During this season you will have no trouble finding a list of recommended movies  sure to put you in the Halloween ‘spirit’. Movies, while great at giving you a supernatural chill, have never had the lasting effect with me that a truly scary book or short story has. For example, I first read Stephen King’s It twenty-some years ago, and it still has the power to grab me and hold me under its creepy spell. I think that is true because King takes what appears to be a perfectly normal town and seven supposedly perfectly normal children and inserts an insidious monster, very much like we all imagined existed as a child, into the mix. I’ve always believed that was the secret of King’s success ; his ability to take the perfectly normal and turn it crazily on its ear. In other words, he sucks you in with a scenario you have no problem believing and then he sends it careening downward on an express train to hell.

Edgar Allan Poe did the same thing to me with his dark tales. These were the suspenseful tales that first hooked me as a child. These tales were the fodder for my nightmares; The Tell-Tale Heart, The Black Cat,  and The Pit & The Pendulum. Poe’s mastery lie in his ability to carry you with him on his descent into madness.

Another tale that chilled me to the core then and still has the power to bring shivers to my spine is W.W Jacobs’ The Monkey’s Paw. The idea that the desire to wrestle joy from tragedy can have such horrific results is so unsettling that it can make you think twice about ever wishing for anything. One of the reasons  I believe The Monkey’s Paw is so chilling is there is hardly one among us who hasn’t wished, at one time or another, to turn back the hands of time, or change the outcome of events once they have not met with our expectations. To have that ability presented to you is an awfully seductive temptation… but Jacobs’ story is the mother of all cautionary tales. It even starts out with an ominous quotation… ” Be careful what you wish. It may come true.”

I realize as I look back over this that, with the exception of King’s book, all the titles I’ve mentioned above were selections I first read as a child. I believe there is a reason for that. At least in my case. For most of us, our worst fears and darkest demons were born of our childhood fears: the boogey-man, the thing under the bed or in the closet. These were our haunting, largely imagined fears. They sprang from our fertile childhood imaginations to become quite real in our minds. So, now when we read a truly terrifying tale spun by a gifted storyteller, a little of that inner child – that child who believed in the boogeyman, ghosts and sinister things creeping in the night- comes to the forefront of our mind and we get that old familiar tingle up and down our spine.

So… as we creep up to the witching time what kind of books raise the goose bumps on your skin, and make your heart race with fear? A good story should always be shared… and a good scary story must absolutely be shared! I’ve listed a few below to get you started, but be sure to add your own.

Soon we’ll gather together, stoke up the fire and share a tale or two as the moonlight filters through the gnarled branches to cast a eerie pall and the wind howls and things unknown creep around the edge of darkness… just waiting, and listening.

A Few Tales to Get You Started…

( besides the ones mentioned above)

I’m sure I missed some great titles- so help us add and add your own. Until then…don’t wander too far in the dark.

4 Responses to Bumps in the Night…