Many of you may remember our reviews of the premiere books in author Mary Burton’s Alexandria, Virginia romantic suspense series. In case you missed checking them out then, we have a great giveaway you won’t want to pass up!

The first book in the series, Senseless  released in January 2011. A gripping crime drama detailing the ritualistic killing of women, linked by the brand the killer stamps each with. These murders seem to be circling back to one woman and another death that occurred ten years before. 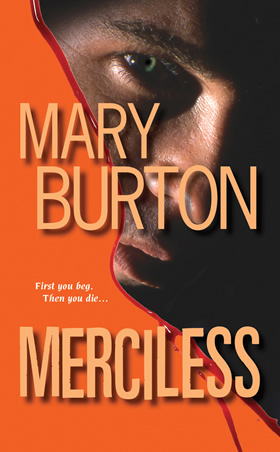 The second book in the series, Merciless  released one month later in  February 2011, revolves around another series of strange deaths. This time, when bodies are being discovered around Alexandria, they are showing up as pristine skeletons, completely stripped of their flesh. When the first victim is identified as a patient of an area doctor who had recently been acquitted of murder, the lead detective on the case makes the most obvious conclusion. However, as the bodies begin to mount up Detective Keir suspects that the doctor’s defense attorney may be the next victim in the killer’s sites.

Both books in the series are riveting, edge-of-your-seat, not to be missed page turners.  But- in case you missed them when they released last year, or you would like a chance to reacquaint yourself with this series, our giveaway promotion could not come at a better time.

On January 31, 2012 Mary Burton will release the third installment in this thrilling series – Before She Dies . So, now is the perfect time to get up to speed and find out what is going in the not-so sleepy town of Alexandria, Virginia.

Check out this interview Mary gave on Virginia This Morning as she talk about her writing process as well as her first two book in the series:

Mary Burton on Virginia This Morning

For more on Mary Burton and her books, please visit : MaryBurton.com

To enter the Senseless/ Merciless Book Giveaway  simply fill out the form below. Include your full name, mailing address and e-mail address (so we can let you know if you’ve won) .

WINNERS WILL RECEIVE COPIES OF BOTH SENSELESS AND MERCILESS ALONG WITH A NOTE FROM THE AUTHOR, MARY BURTON!

THE WINNER WILL BE ANNOUNCED ON SUNDAY, FEBRUARY 5TH, 2012.

STAY TUNED FOR MORE EXCITING NEWS COMING FROM SIMPLE PLEASURES AND MARY BURTON IN THE COMING WEEKS. LIKE ONE OF MARY’S BOOKS- YOU WON’T WANT TO MISS IT!

**Note to Contestants– Simple Pleasures Books will not sell or share your name , address or email with any outside sources. We retain it only for the period of the contest/giveaway and will not use it for any other purpose, including our own. We will only retain your information if you request/ agree to be added to our mailing list. The winner will be announced on our blog after they have been notified via email. The winner will be selected at random and notified on selection.